Internet at the Rhino Charge with BRCK 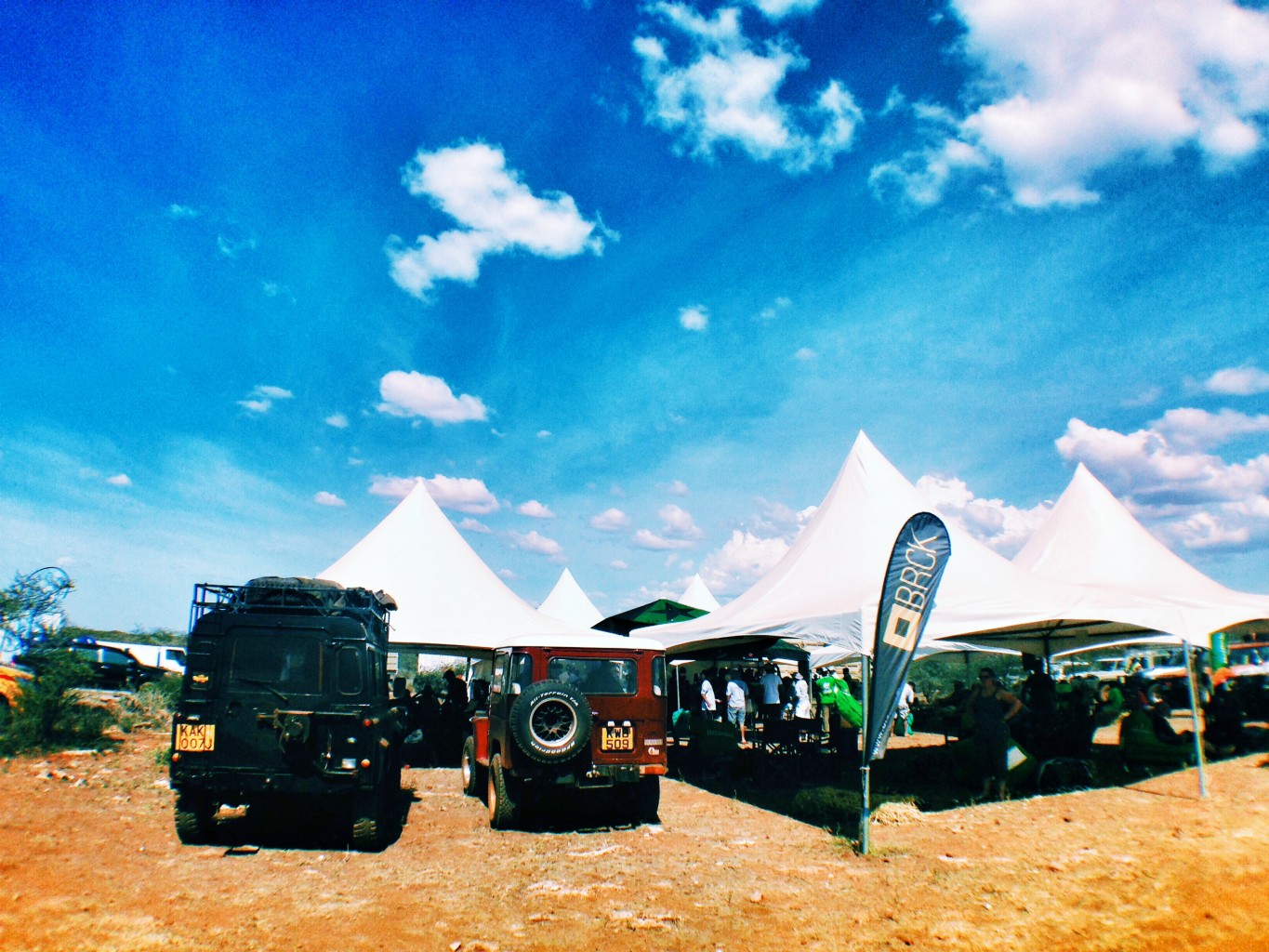 The BRCK team sets up at the Rhino Charge 2014[/caption] We tend to be an adventurous bunch, and so it shouldn't be surprising that Philip was the navigator for the BRCK vehicle in Kenya's annual bushwhacking event called the Rhino Charge. The Rhino Charge is unique, it works this way...

No one knows where the race will be until a week in advance, when a "jump off" town is named. People drive there the day before and are given a map to the camp. The night before the race, everyone is given 14 coordinates, with one as their starting point (each of the 65 cars are put at different ones, so about 5-6 at each node). The next morning at 5:30am they're driven to their starting spot, and at 7:30am the whistle blows and they're off. Each team's job is to find the shortest route to all 14 spots and checkin within 10 hours. Whoever has the shortest distance between and finishes all 14 checkpoints, wins. 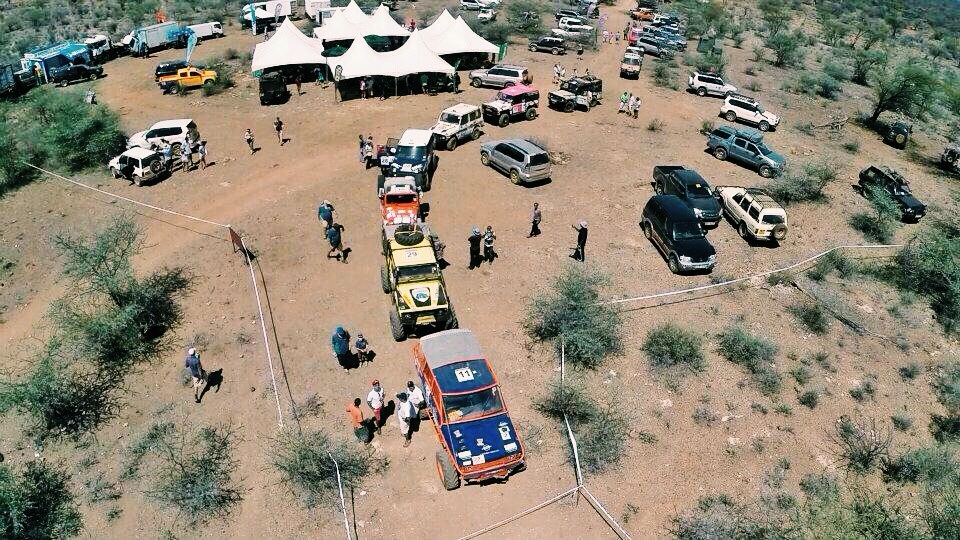 Rhino Charge vehicles checking in for scrutineering before the race[/caption] A couple of weeks ago the head of Rhino Charge got in touch with us to see if we'd mind setting up a few BRCK units for the competitors camp to allow people to get on WiFi there. We agreed, and soon enough Emmanuel, Jeff and myself were also going 6 hours north of Nairobi to Samburu country with Philip to setup some BRCKs.

Setting up the BRCK

It turned out that the Rhino Charge competitors camp and headquarters were about 10Km away from the nearest mobile phone tower. This meant that you could get a 3g signal, but barely, and it would fade in/out all the time. We were solving this problem at the competitors camp with the use of a directional antenna and mobile signal amp (booster). We then got an urgent call from the head of Rhino Charge, HQ had just lost their internet and were wondering if we could switch our operations to their tent instead. Off we trundled with our gear and did the following: [caption id="attachment_496" align="aligncenter" width="640"] 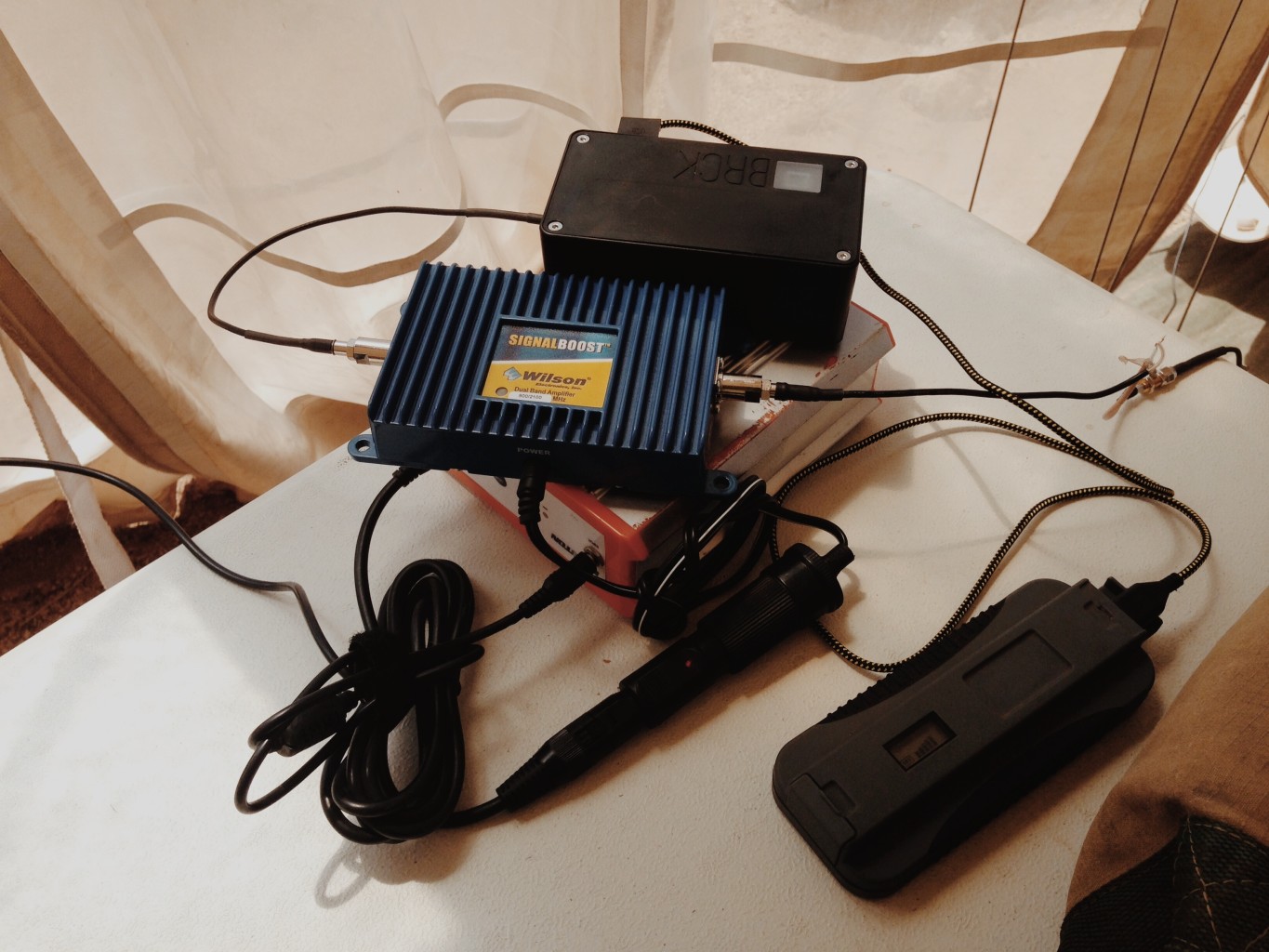 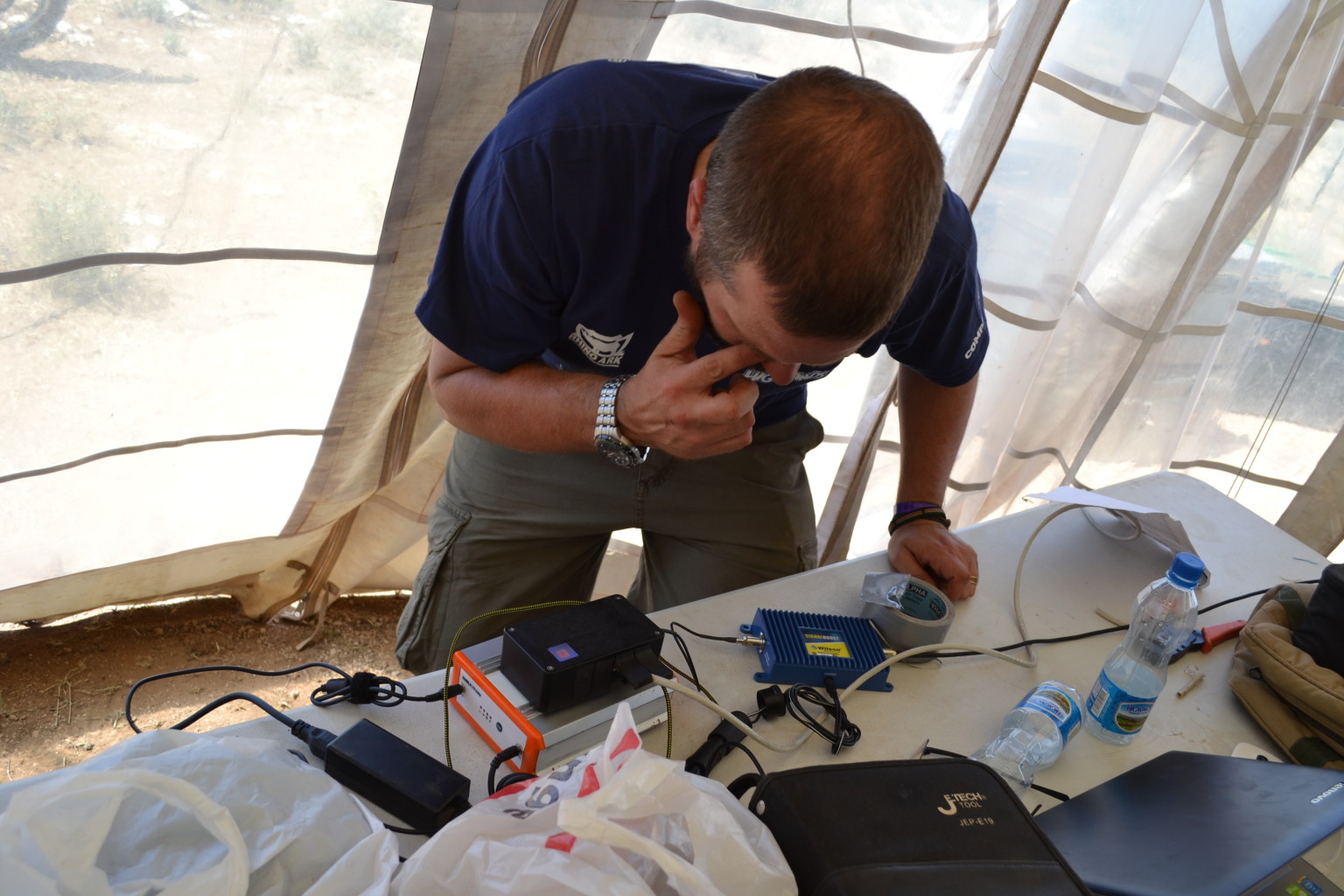 Me setting up the directional antenna, using my car as a ladder[/caption]

Whenever you do field testing, there's always a sense of relief when things work as they should. In this case, it was extremely gratifying to be able to help the Rhino Charge HQ staff on their connectivity needs, and it validated a lot of what we say about connectivity when you're in a place with poor infrastructure. The fact that we were able to get the BRCK up and going, provide the backhaul for all of the media and stuff happening around HQ was fantastic. The only time we lost signal was for a 5-hour spot when the main Safaricom tower we were connected to got hammered by too many spectators showing up and trying to check their Facebook feed... :) This does go to show that when your last line of connectivity is the mobile provider, you're really at their mercy for what is available on their mobile tower. Moving the power button from the top to the side was a decision we made after our Turkana expedition. This was a good move, with the dust flaps on the side, we cracked open the BRCK when we got back and there was no dust inside the case at all. When we were struggling to get connection, we needed to know that the BRCK needed to show us that it was struggling and what the issue was. Our redesign of the lights gave us this, and it was extremely helpful this time up north. However, there's also some lesson's learned and things we want to improve on the BRCK, which is good news for everyone buying a device. When the BRCK team "eats our own dogfood", you benefit. Here's what we found that we didn't like, and which we're fixing (or have already fixed):

2 responses to “Internet at the Rhino Charge with BRCK”